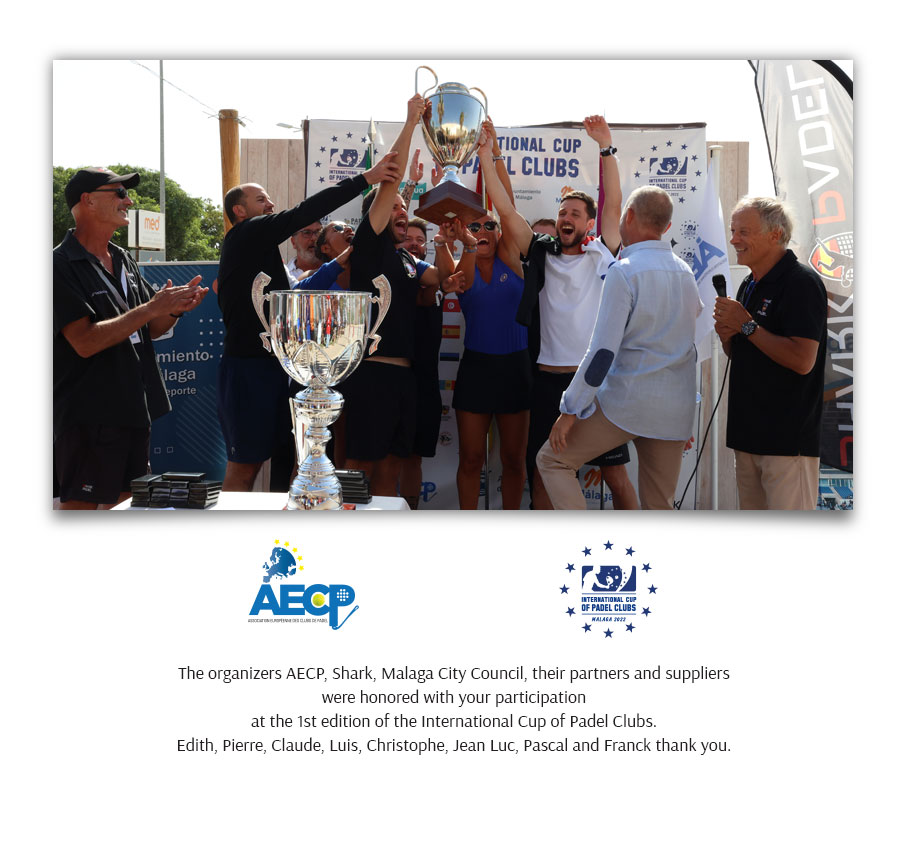 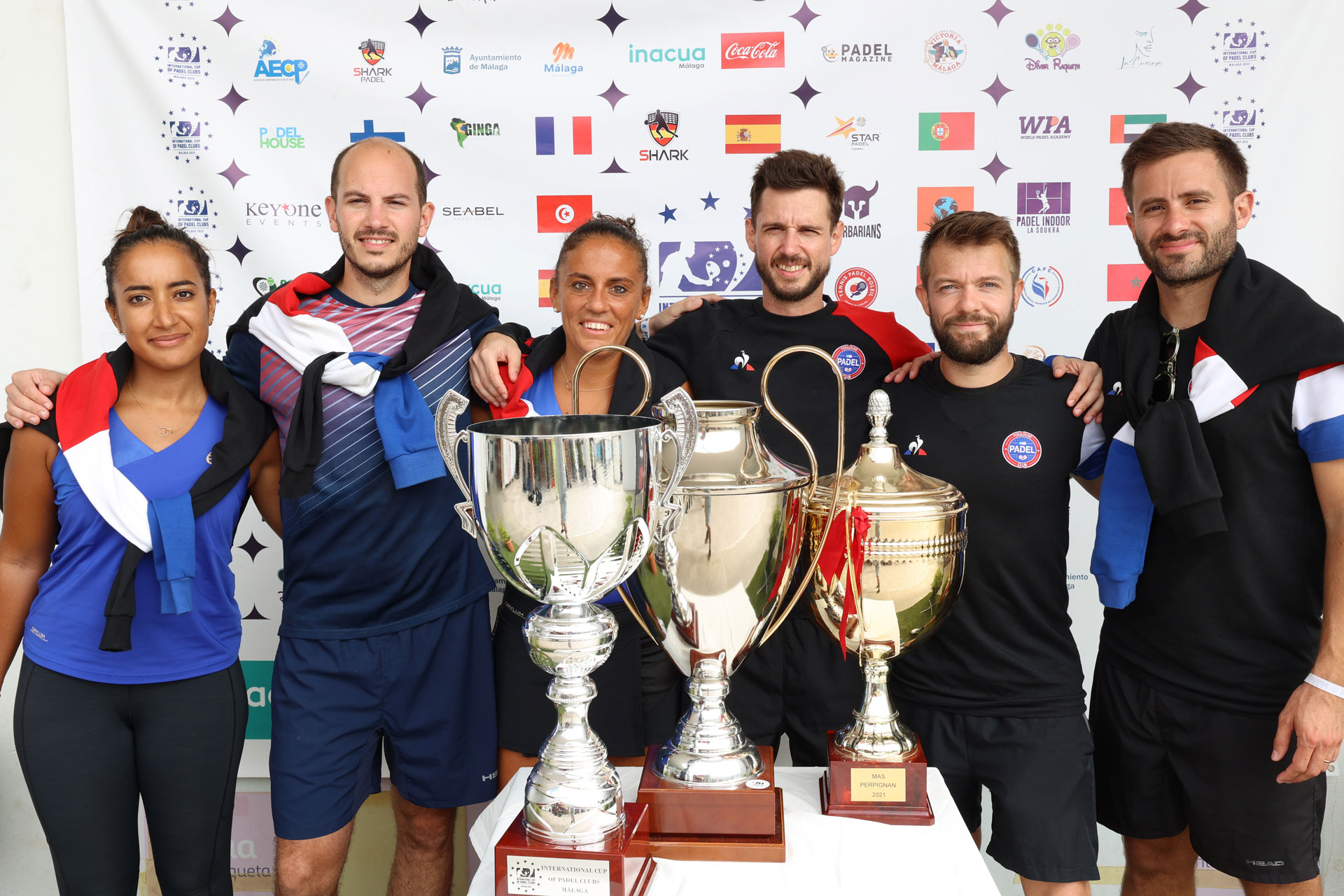 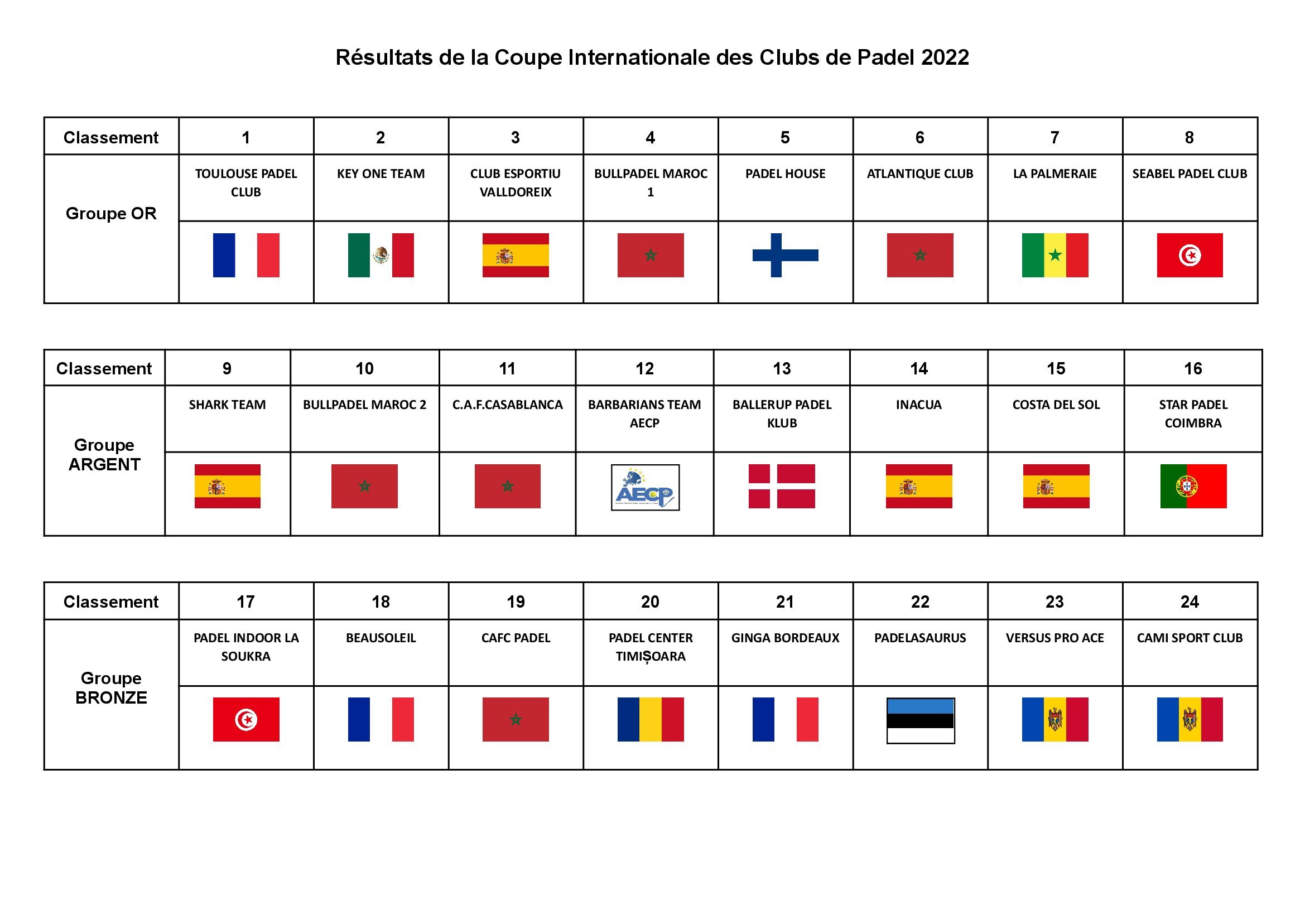 The C.I.C.P. International Cup of Padel Clubs is very honored to receive for its 2022 edition two clubs from Chisinau, Moldova: CAMI and VERSUS.

The C.I.C.P. International Cup of Padel Clubs is very honored to receive for its 2022 edition the Club World Padel Academy of Dubai United Arab Emirates.
This is the first time that we have received a Dubai club and we are very proud of it! 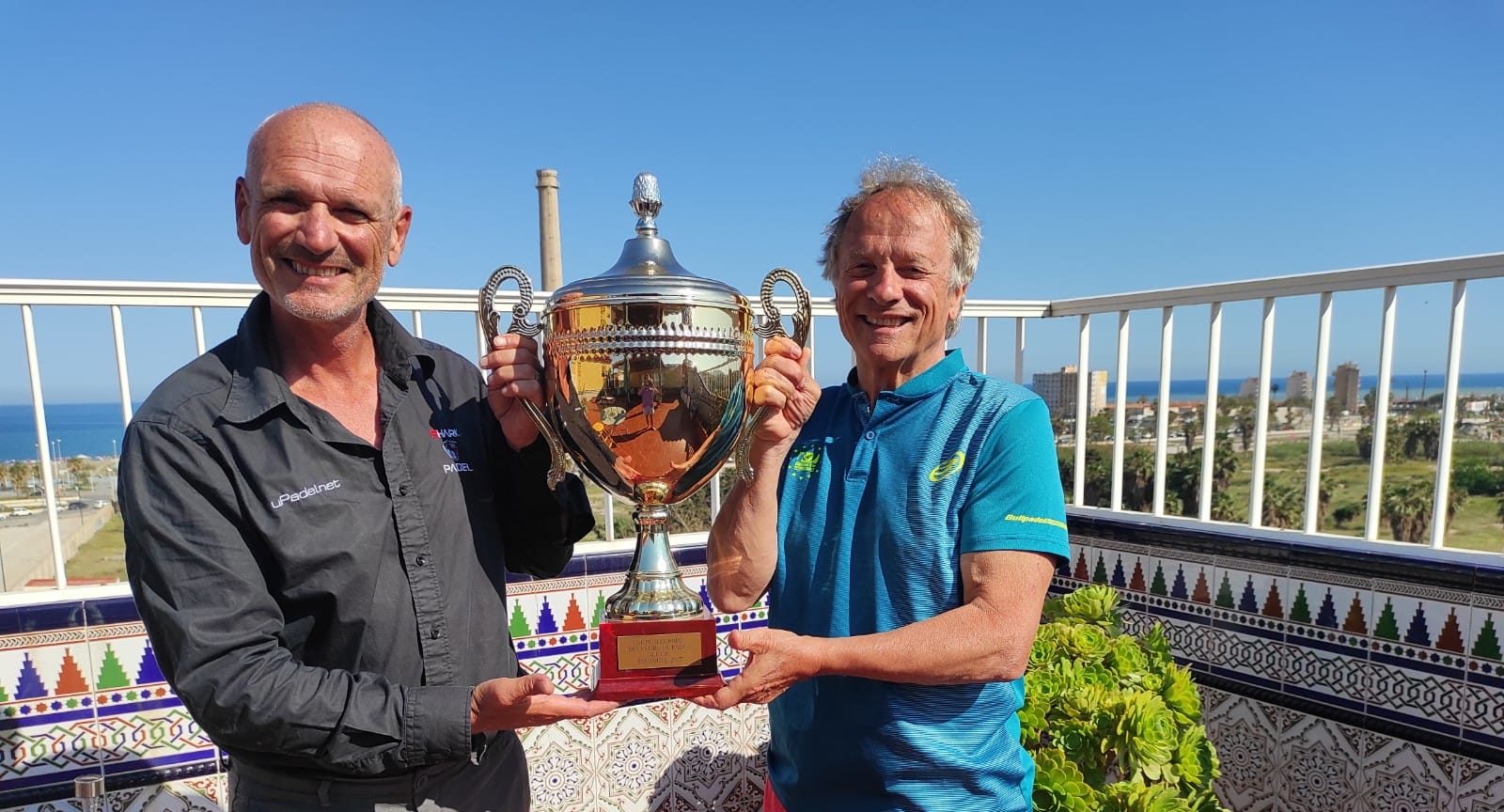 Claude you are with Pierre the c° Presidents of AECP who are launching the International Cup of Padel!
The European Association of Padel Clubs (AECP) has been organizing the European Club Cup every year since 2017 and in view of the growing number of non-European clubs we have decided to launch the International Padel Club Cup in 2022.

Who are the participants for 2022?
To date we have 21 registered clubs from Europe, Africa and Asia. These clubs are represented by 2 men’s pairs and 1 women’s pair. Players are all amateurs and the vast majority do not participate in national or international competitions. For many of them it is the opportunity to be able to play in the best conditions on and off the courts as the greatest champions usually do.
Everyone will be able to express themselves in 1 of the 3 levels of play.

How is the competition going?
Pierre and his team (U PADEL) have set up a program which allows each competitor to play 2 matches on Friday dedicated to the meetings of the 8 groups
(3 clubs per group); Saturday 2 to 3 matches in the 3 tables of 8 clubs and Sunday one match, finals and classification from 1 to 24.

Many matches to play for each amateur competitor?
Certainly, but the sports management has planned the golden point and the super tie break if third set; we are counting on parties of 1h15 maximum. We provide a staff: Doctors, Osteopath and physiotherapist for the best recovery.

A competition but also other pleasures are on the program!
The competition is rigorously managed before, during and until the awards ceremony. In 4 years we have had no real challenge.
The CICP is also moments of great conviviality in the catering outlets or at the Hotel which is entirely privatized.
Without forgetting the opening night and the meetings with the leaders. This year we will have the chance to visit the workshops of Shark, the only leading company in the manufacture of rackets entirely made in Malaga. Malaga, international destination for tourism but also world capital of sport will be at the heart of this edition by the very strong presence of local elected officials and the sports department.

Can we still register?
We close registrations on July 30th and there are still 3 possibilities.
To date, 21 clubs have registered from 15 countries and on the competing side 19 nationalities will be represented.

The C.I.C.P. The International Cup of Padel Clubs is very honored to receive the Club Padel Center from Timisoara in Romania for its 2022 edition.
This is the first time we host a Romanian club and we are very proud of it!

When was the Romanian Padel Federation founded? Padel Center sports base since 2015, the Federation is in the process of being recognized. We are currently fighting for padel to be recognized as a sport in Romania.

Your first president? I am the current founding president.

How many clubs and how many members? The Timiosara club has more than 50 padel players and there are 3 other clubs running.

How does the president see the development of padel in Romania in the next 10 years? It’s hard for us like the pioneers to promote padel tennis in Romania, the bureaucracy is high (as everywhere). If we base ourselves on the European countries that today are padel nations, it will take 10 years to have a national padel establishment.
I hope it will have an exponential development like in Italy-Sweden-France, not to mention number 1 in the world Spain. But for that, the Ministry of Sports will have to recognize us as soon as possible.

How many pitches does the Timisoara club have? 3 covered courts, important to be able to play all year round.

How many members? More than 50 very active players and as many casual players.

How did you hear about the AECP? Those are the AECP leaders who contacted us.

What are you looking for by participating in the International Cup of Amateur Padel Clubs? We will participate in the International Cup of Padel Clubs to meet the rest of the leaders, for our players, to be able to compete with players of different levels but also to create close links with other clubs as we do with our Moldovan and Estonian friends who will also be present. Networking as it is an integral part of the AECP.

Would you be willing to become a member of the AECP FORUM, an organization that should make proposals and criticisms for the development of Padel in clubs? Yes indeed! Even if we start the development of Padel in Romania, we can contribute our ideas about our vision of Padel in general, which must take into account the social side of this sport. The International Cup of Amateur Padel Clubs seems to me to be a great opportunity for countries like ours.
I would also like to highlight the work of our friend José Miguel VINALS who put us in contact with many padel decision makers but also with the AECP.

On Friday May 20 in the offices of the Shark Company (Malaga- Spain) the Presidents of the European Association of Padel Clubs: Claude and Pierre, signed with the CEO Alfonso and in the presence of the Commercial Director Daniel, a partnership agreement at the occasion of the International Cup of Padel Clubs.

Shark, a long-time partner of Pierre Lamouré, C° president of AECP, was able to promote this framework agreement.

Shark becomes the first official partner of AECP for the padel  textile sectors and racket.

To finalize these agreements, the two parties have decided to create a line of padel clothing:
“C.IC.P. International Cup of Padel Clubs” and to develop the range of Shark rackets manufactured entirely in Malaga.

AECP will support Shark in setting up its export sales network. All the presidents of the clubs participating in 2022 in Malaga at the CICP will be received in the facilities of the Shark group in the presence of the members of AECP including Pascal and Luis, Secretary General and Vice-President.